Before the afternoon fades into a wild night I’d Just like to wish all my followers and blog visitors a Happy New year ! Wishing you all the very best for 2012 – May it be filled with … EVERYTHINGG !!!!!!

xxxx Much Love, Yours Truly

A lot actually Happened in 2011 for me – I Think the last couple of months were actually the most busiest months of the year to be honest, in terms of it all coming to an end ( together!) before Christmas and new years !

As I mentioned There’s been a lot of Farewells, girls night outs and the new one – a love ! I’ll share it with you now so we can hit off 2012 with a spark !

It would be wrong for me to say that 2011 turned me into a workaholic because I’d started to be like that ever since I started my bachelor degree, so in that case I’ll use the terms Choice and Risks. This year I became MORE OF the workaholic that I had already become – Not taking breaks, getting to college and immediately going to my level to start/finish my work instead of chilling out front, going to bed late and waking up a few hours later to finish up work, not making time for girls night outs/ get togethers, not attending events I would usually be the first one to say yes to etc. This last semester specially, I had fallen into a habit of not making it to kick-backs at my best friends house, because I was simply and truthfully not making time for anything ( not even my health – clearly) besides my assessments, It was too much of a risk for me to take. I’d say “oh yeh I might come depending on how it goes” and all night I’d be killing myself and working on my assessments and designs meanwhile the girls were chillaxing and enjoying each others company with sweets and cups of tea ! I started to realise after my surgery just how much I missed it – and how horrible it felt that when I came back to thinking when the last time it was that the four of us were all present (ESPECIALLY ME),it was quite a vague memory ! Yes we are always there for each other and yes we always care but sometimes thoughts over actual presence doesn’t count. So where risk taking and choices come in is when I decided to ( in the midst of all the surgery stress and deadline mayhem) erase the word Priority and replace it with “Rhaya-say-yes-to-a-break-every-now-and-then-…please!” and so I did. I was there 10 pm, dead tired, eyes almost rolling back into whatever was left of my brain at my best friends Tuscan Avenue house for the very last time before they moved. I said yes to other things like that too like coffee catch ups and even a date and get-to-know. This probably may not make sense but the whole choice, risks and “Rhaya-say-yes-to-a-break-every-now-and-then-…please!” plays a very important part in “The love | Decembre”

So every year on my birthday I get crazy about making a wish – I have to make a wish, It’s just my thing– Its dumb because it probably never ever comes true but in case that one time it does – I always do ha-ha ! I usually make the same wish – typical – “I hope I find a normal boyfriend, I hope I don’t die lonely, I hope I find love, I want it to last and be perfect and blah blah blah” and other than wishing for that I also wish for a successful career, beautiful life and and a great year la la la. So having lost a little bit of hope in the love sector I said to myself you know this year I’m not going to wish for that, there is no point in wasting my wishing minutes on something as stupid as that !

So instead I wished for my studies – so that I could be given the strength to finish and meet the deadline for the men’s and women’s collection marking as well as making all three looks from the mini range into the fashion show, self fulfilment. ( mind you – that came true … Thank god! )

A few weeks before my birthday I was sharing a coke with cupid, and I said to him “you know I didn’t wish for love for my birthday this time but because we’re having a friendly dnm here do you think you can adjust your aim a little and maybe hit a bullseye on someone – just one person – who will be great for me ?” And He said to me “you know I think If you speak to my friend Santa pretty sure he can do seal the deal for you” – So i Shared a coke with Santa and he said “you know I’ll give you one wish – any thing” –and I said “all I want for Christmas is what I didn’t wish for this year, that I wish for every year – a click, a normal person that I can look to and say hey you’re my partner and I’m very glad you’re here with me and we can do this thing called life together, Someone who is strong enough to carry not only me but themselves – ( to be, at the same time, calm and collected when I’m not !)”. A few Weeks after that I Took a risk and one of those “Rhaya-say-yes-to-a-break-every-now-and-then-…please!” – I gave it another chance, one last chance and kaboom ! The start of December and I’m in a relationship – it’s almost been a month and I’m really happy !

It just magically happened, it’s funny how when you don’t wish for it and when you don’t want it so much, that it just happens – I don’t even know how it happened but it was the choices I made – the taking breaks and taking it easy thing – its how it all fell into place. By giving things a chance I was able to fulfil one last thing I’d been longing for.

The great ending of 2011 has rolled into 2012 and I quite like how It’s going and where It’s at – I think I’ll look at it positively and say its for the better and that everything that I’ve been through and experienced both good and bad was worth it. Here’s a big one to 2012, I hope you’re a great year ! One definitely to remember !

One last time | 2011 I’d like to say a sarcastic thankyou for all the hard times and suffering you put me through and a heartfelt thankyou for the beautiful memories, dnm’s, and the happy ending you gave ! 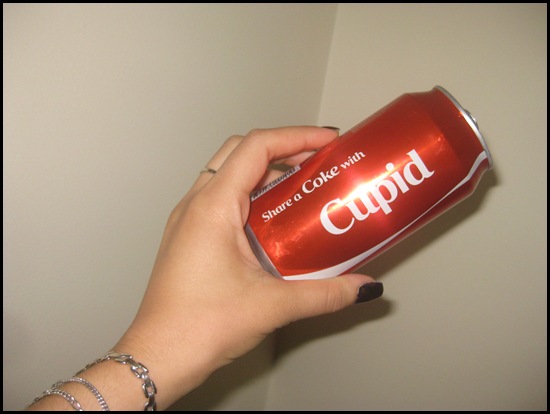 xxxx Much love, Yours Truly

Hello Hello – And I’m back into it again.

As you’ve probably all noticed I haven’t blogged in awhile. This is because I decided to take a few weeks off after the show to do what normal people do … Work, Shop, more work, more shopping…see absolutely normal… ( what ?… It’s Christmas ha-ha and besides I did good )

Amongst that there has been farewells, girls night out, and a new one to the life of rhy … a time for a love to blossom. And this time I’m not referring to shoes, a new outfit or a timeless tiffany charm, I am in fact referring to the actual thing itself  … a boy !

My last post was just before the fashion show – all the crazy hustle bustle deadlines before show time !! The fittings went well and as for the show itself – It could not have run any smoother.

It’s the greatest relief – the greatest reward after all that to have your collection on the catwalk for people to view. Because I guess only you know what it took to get yourself there.

Here’s a few shots from the day/night taken from our very own Raffles Facebook page as well as some of my own. 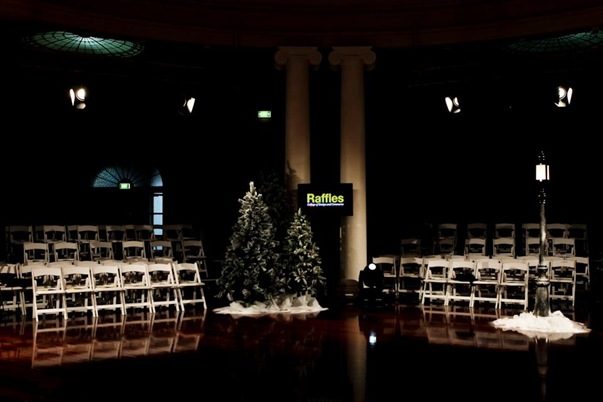 The Setting – Couture On ice it is ! 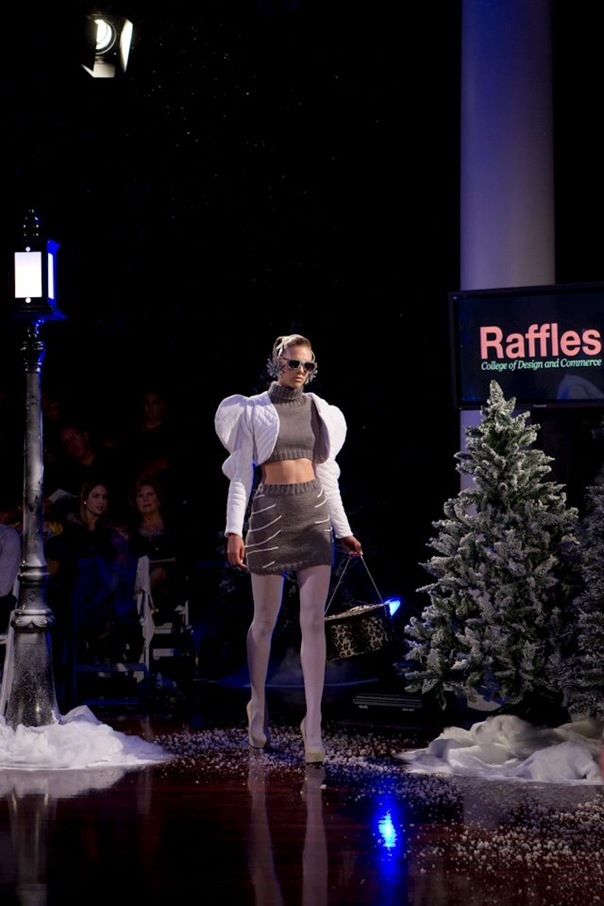 My knitwear on the catwalk ❤ 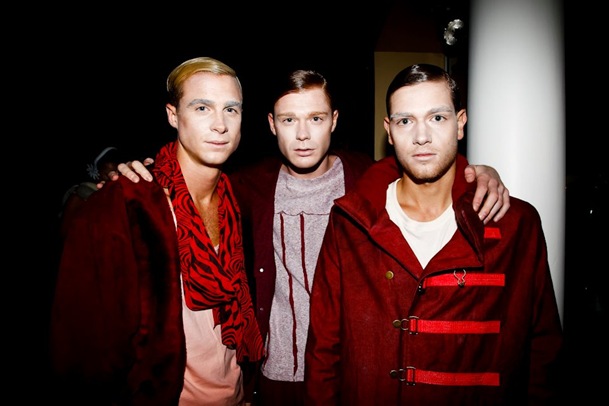 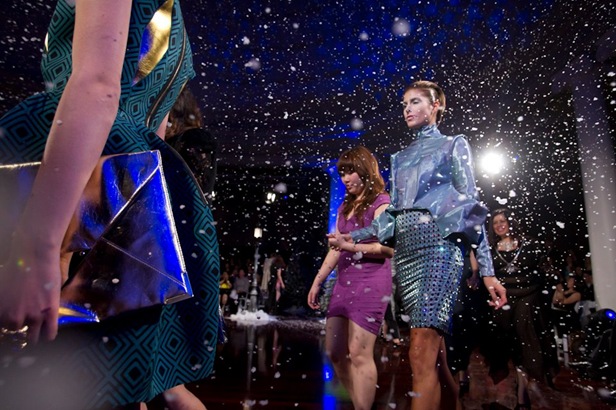 Congratulations to the 2011 Graduates !! hoora ! 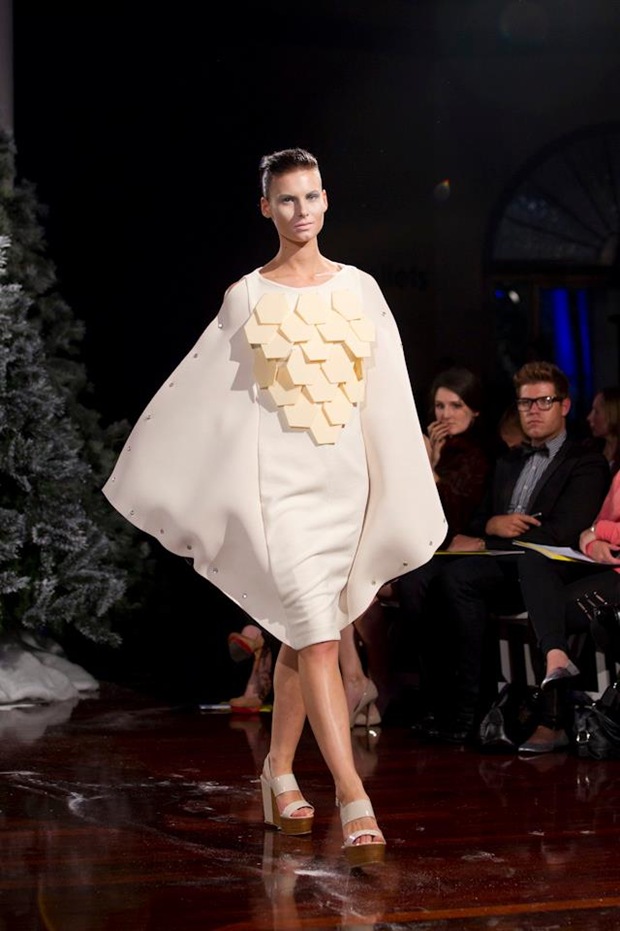 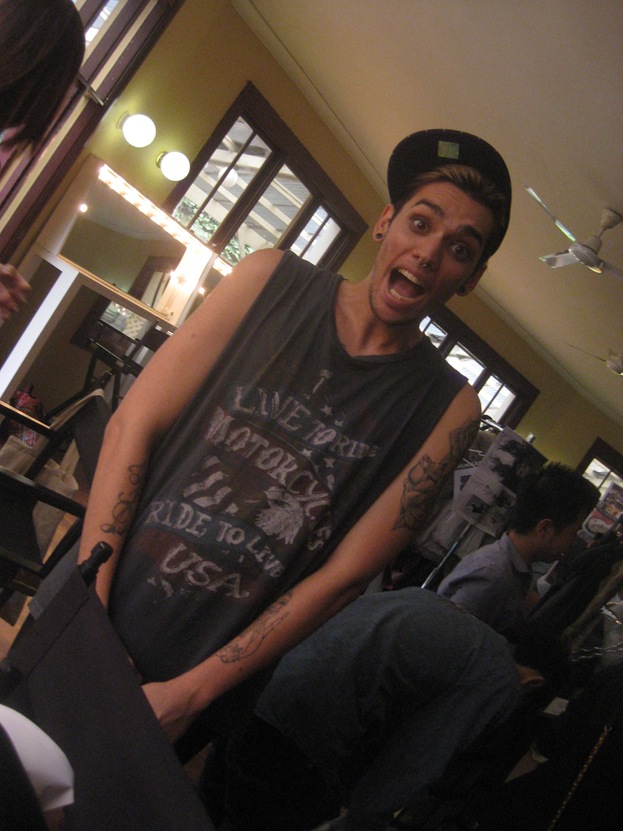 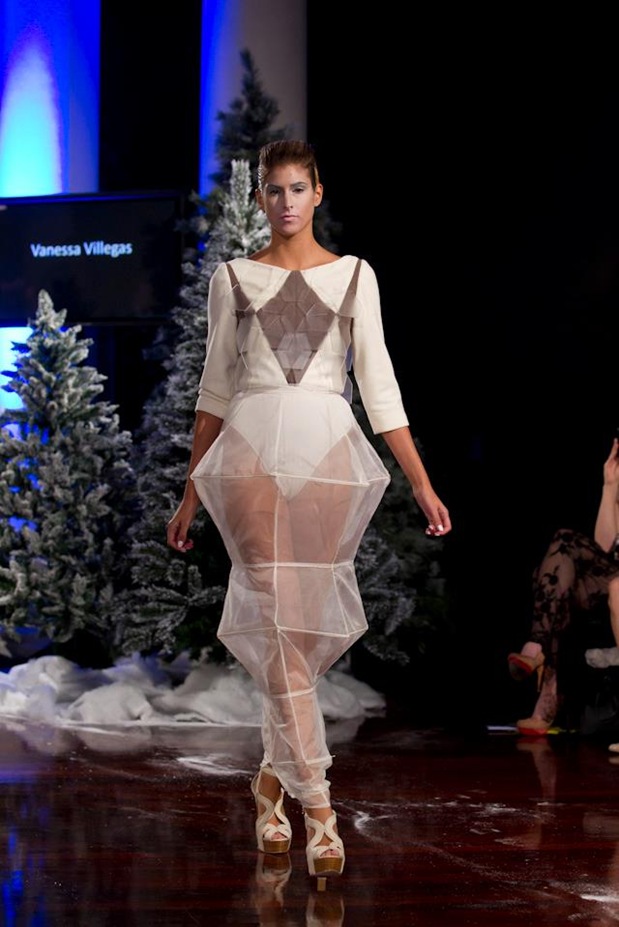 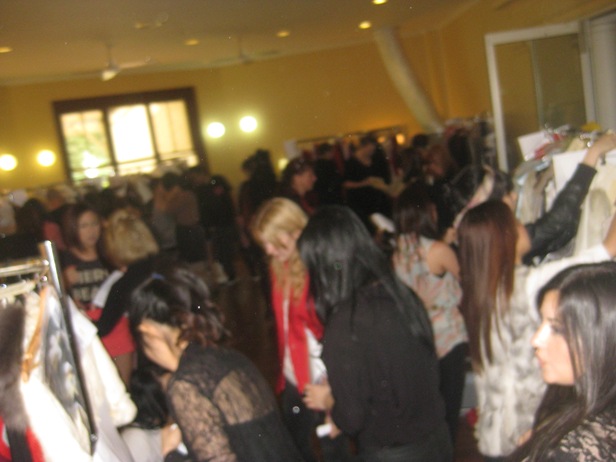 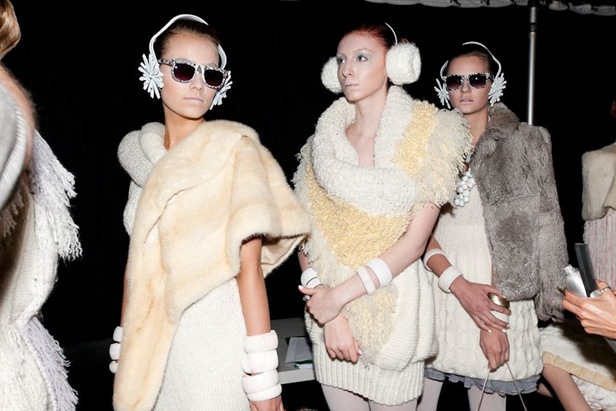 The beautiful Marnee Kidd in our Fashion show – on the left ! She’s absolutely gorgeous ! 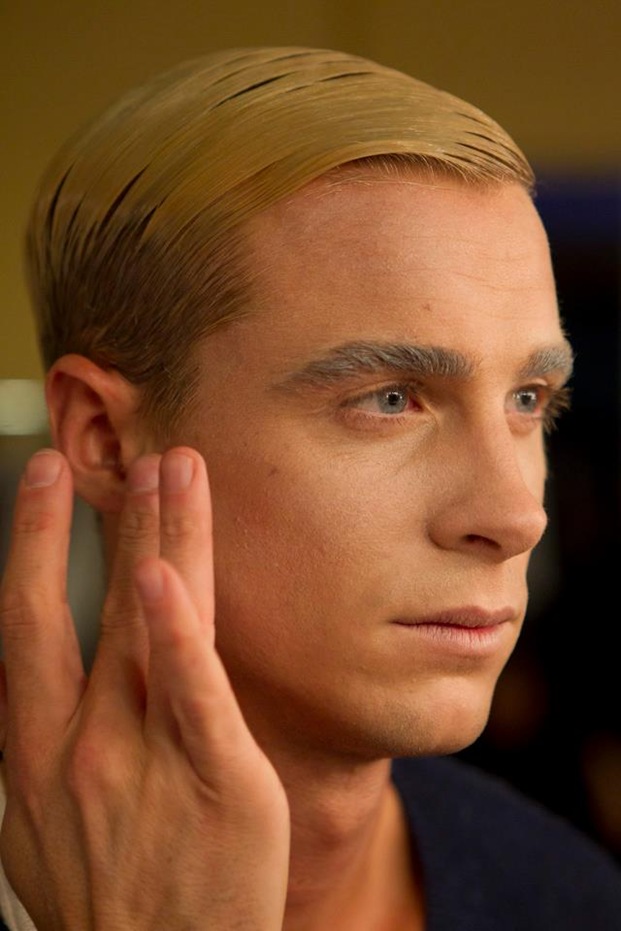 The boys getting their hair and makeup done ! 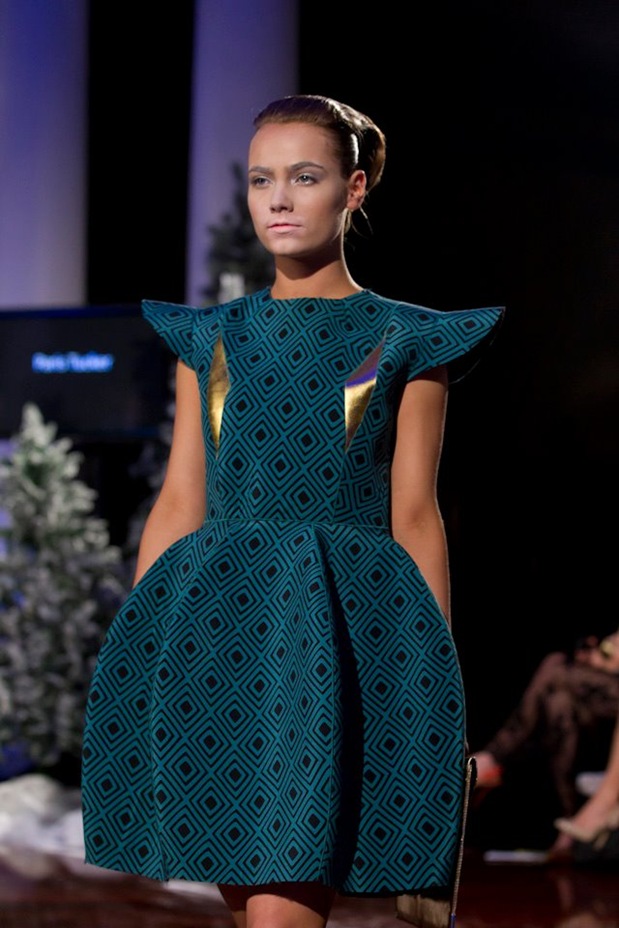 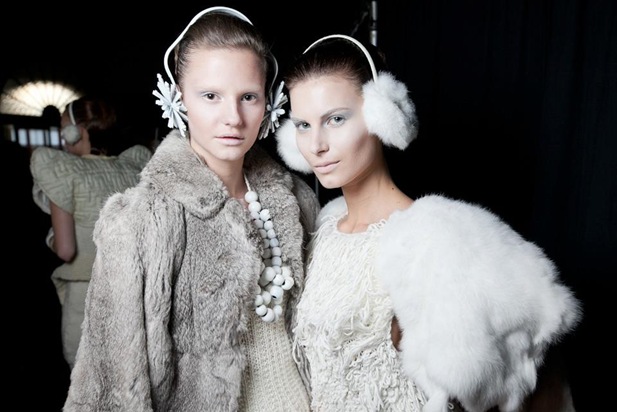 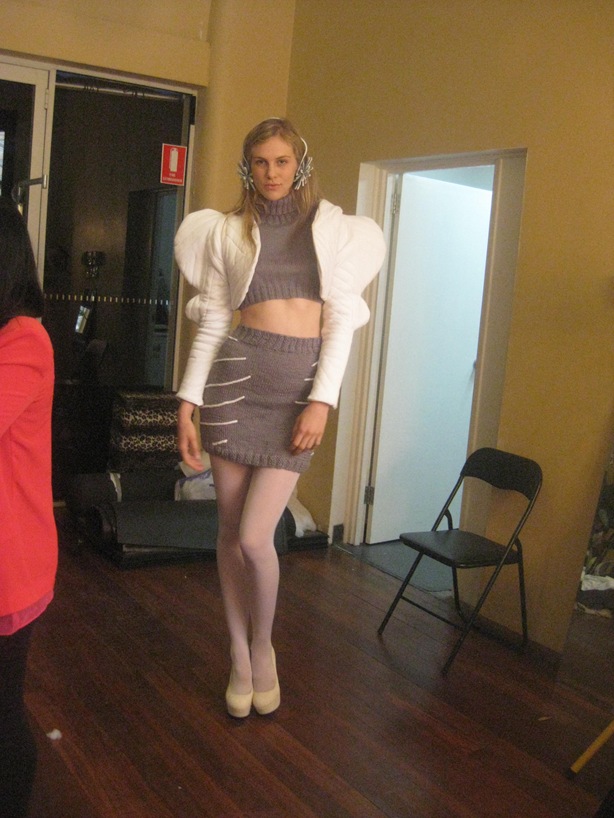 Mucking around with Kristen at rehearsals ! 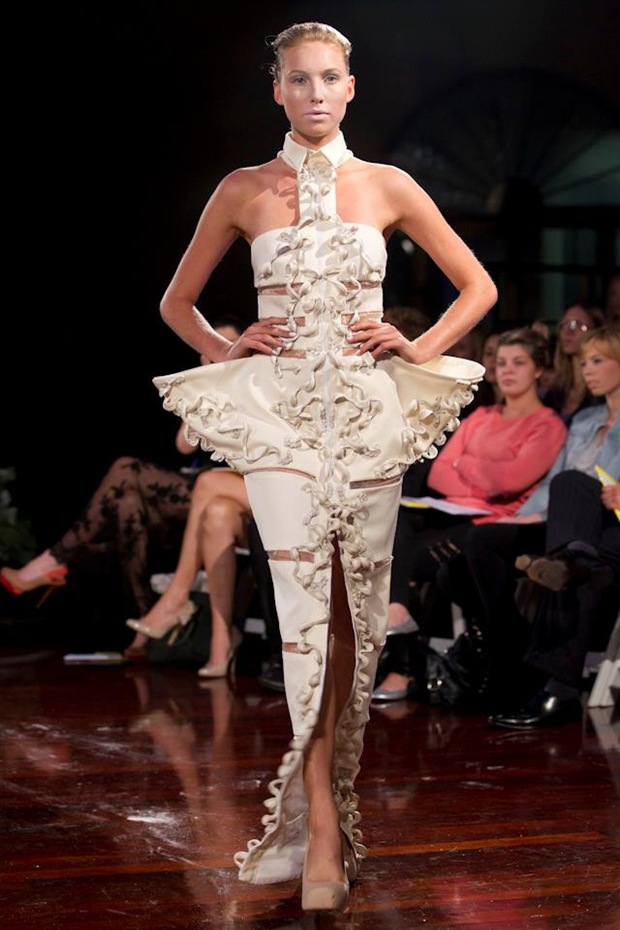 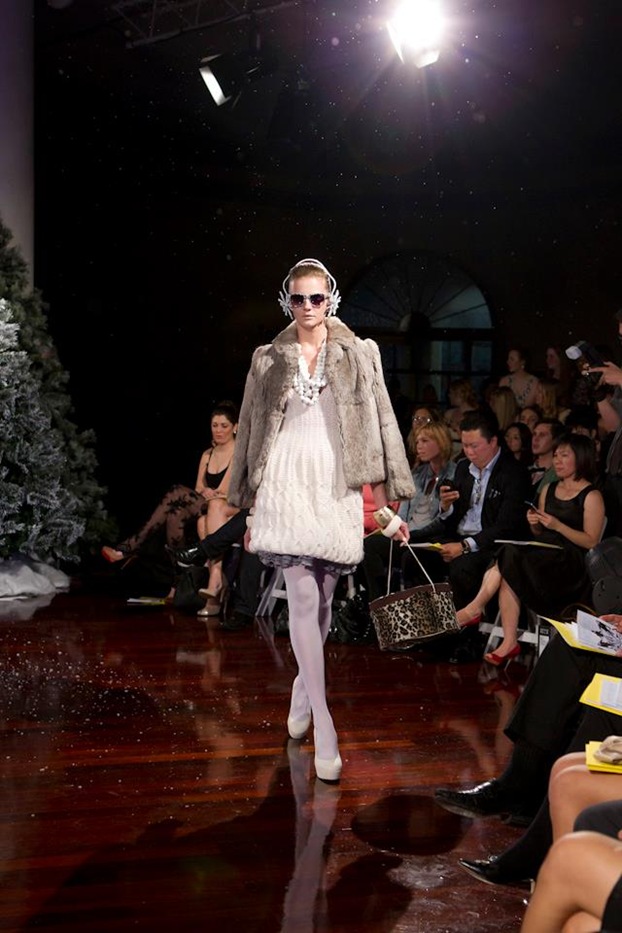 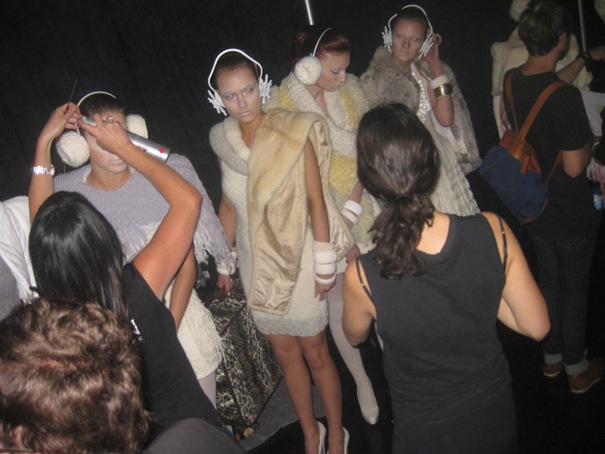 Seconds before the Show starts ! 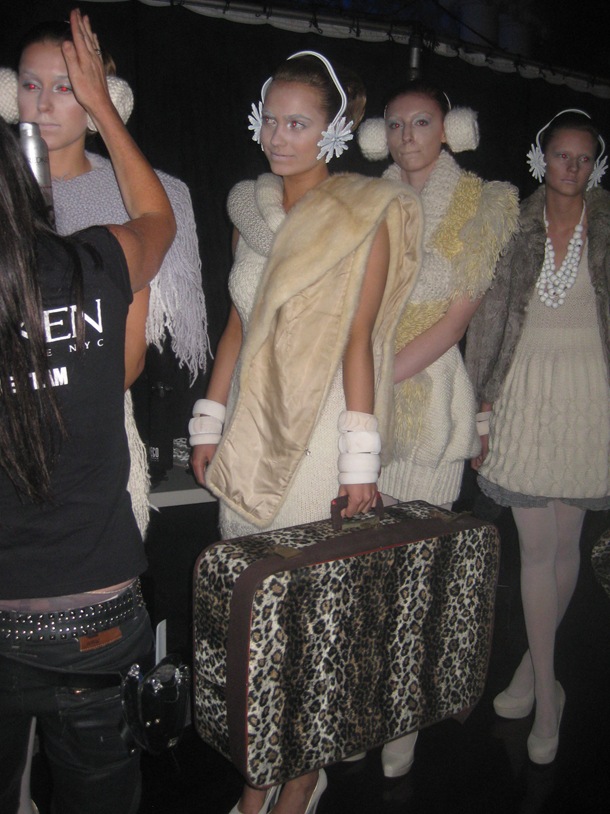 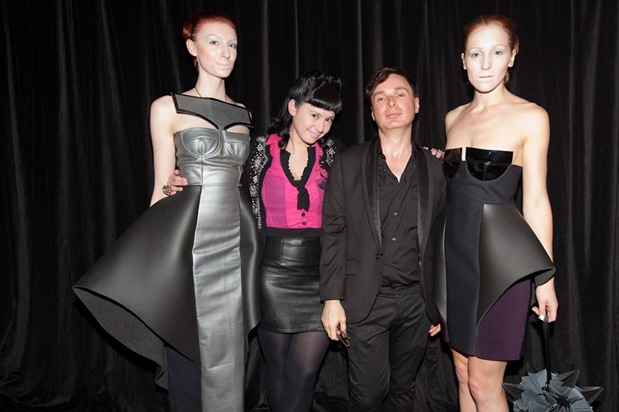 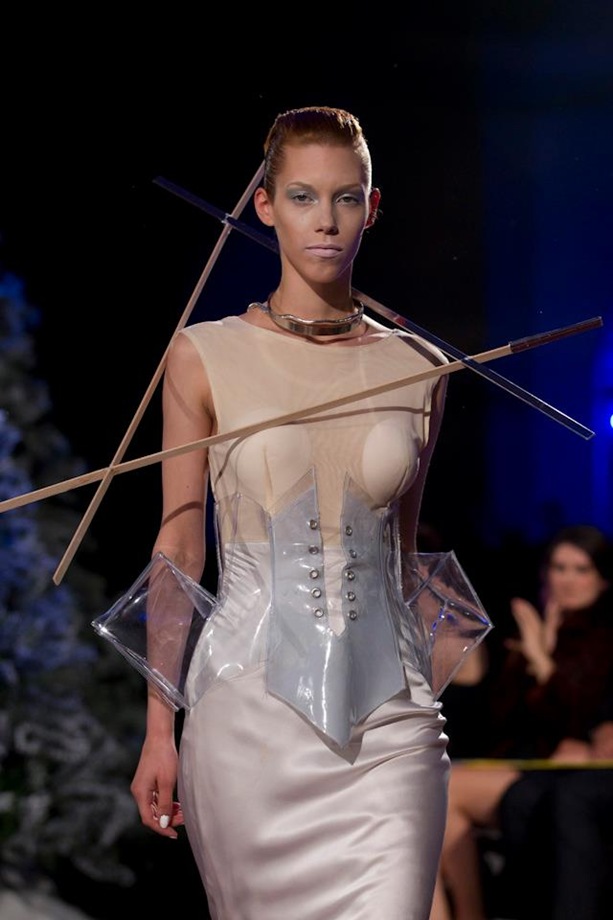 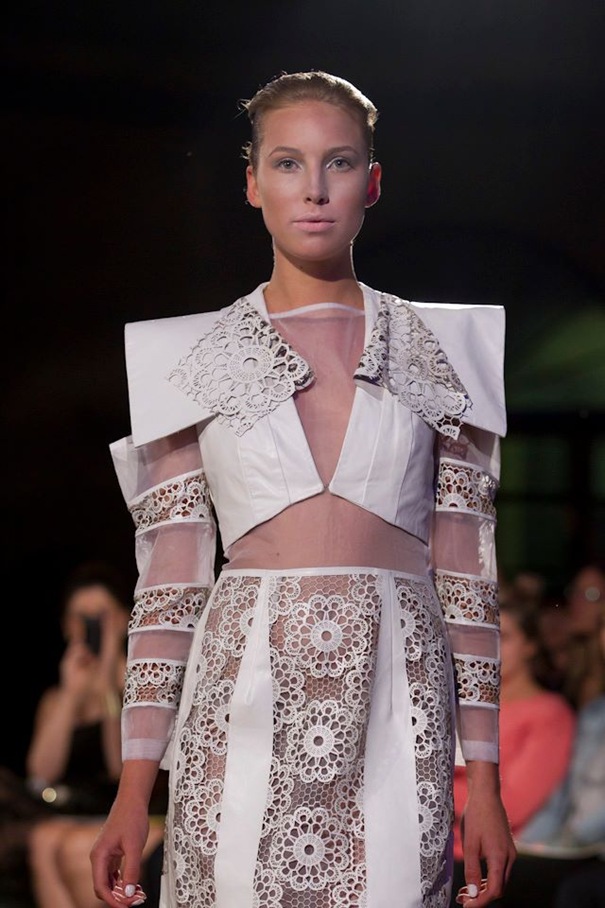 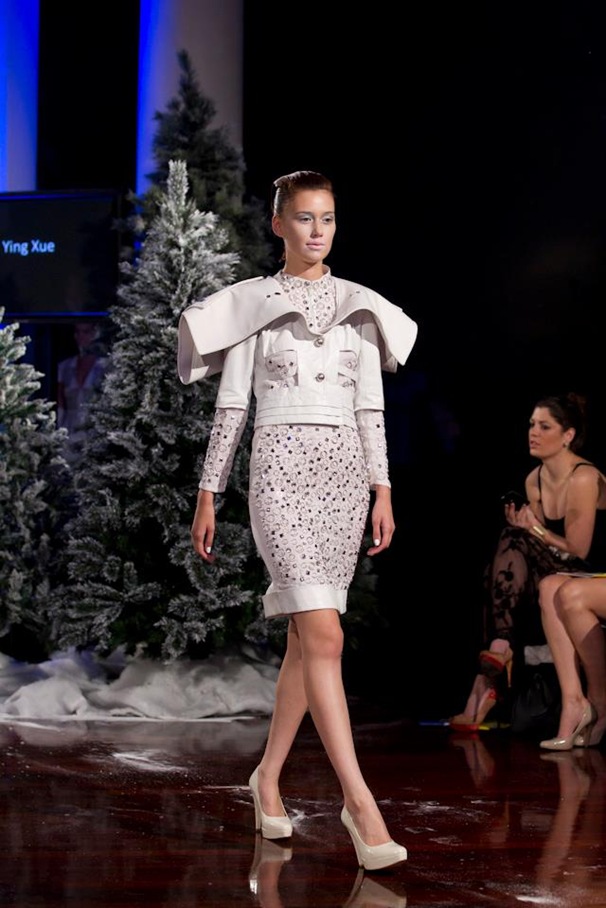 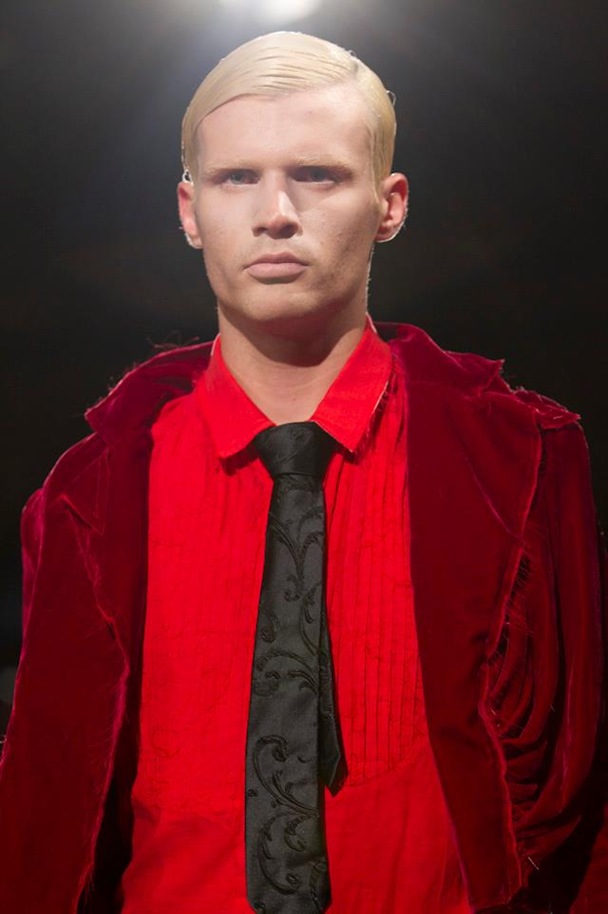 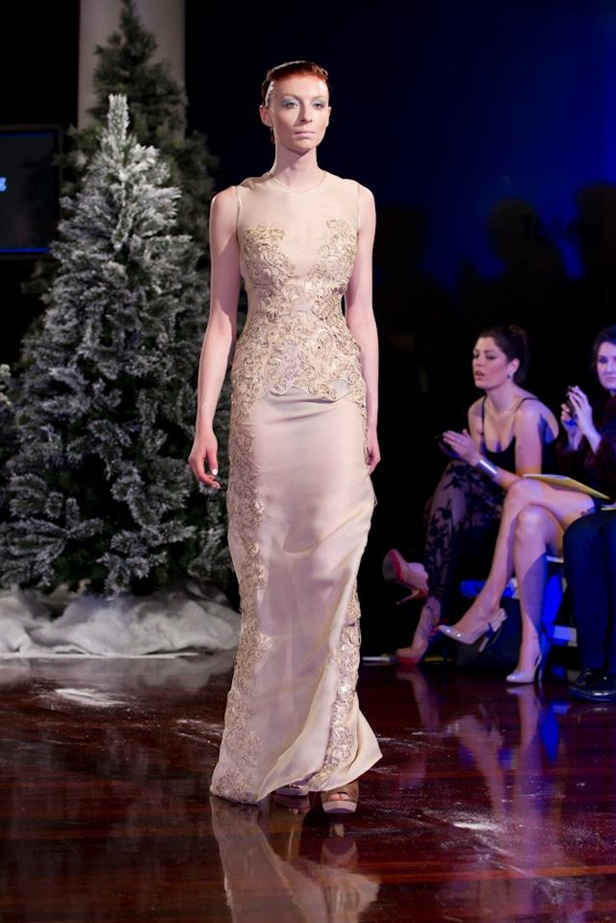 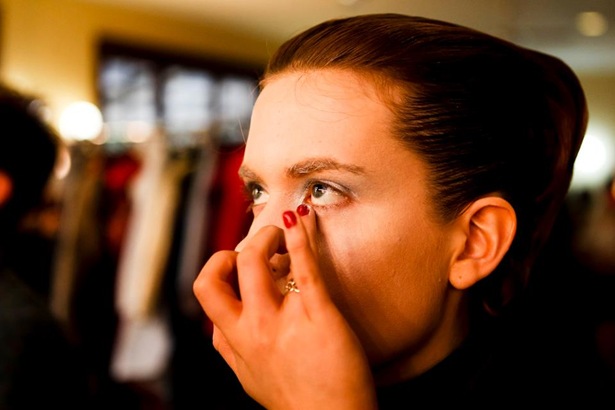 Ladies getting their makeup done ! 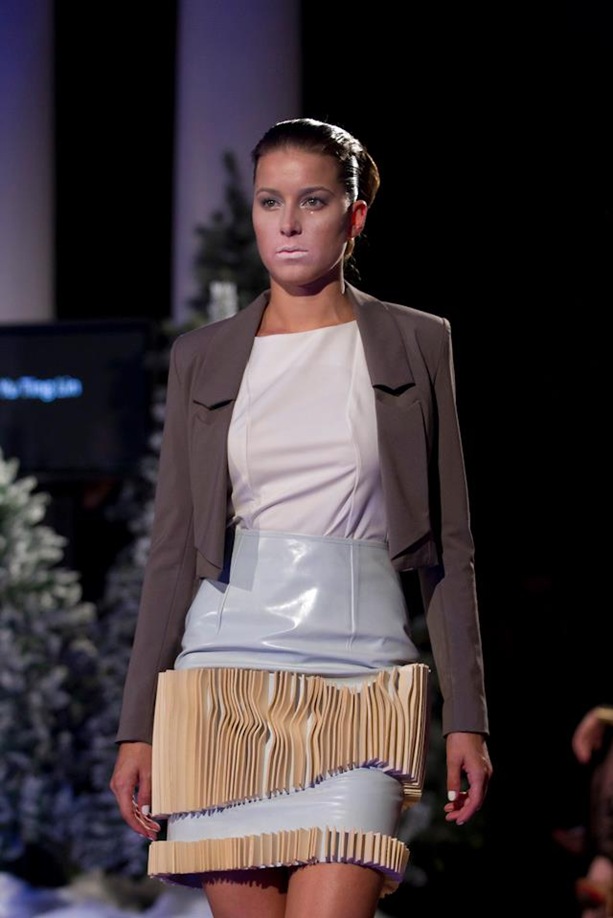 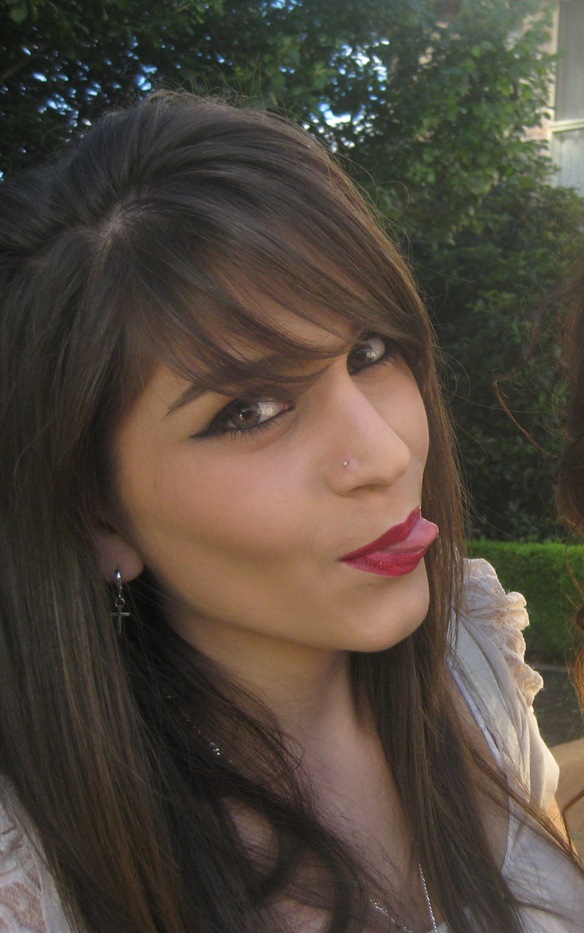 Merry Christmas Everyone ! I hope Santa spoils You all Rotten !

I know I got spoilt for sure 😉 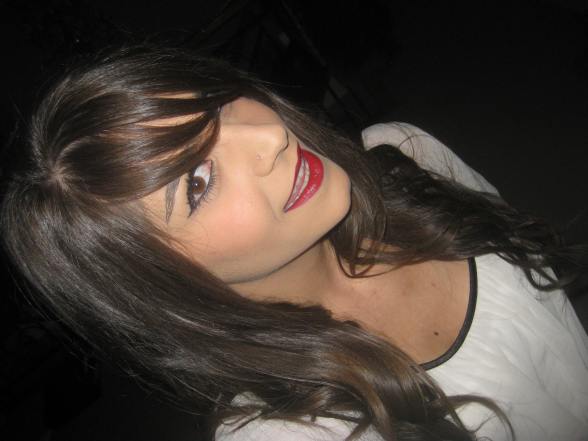 xxxx Much love, Yours Truly

As I mentioned in the blog “Couture on Ice” there were some farewells ! Miss Meli B, one of my best friends is on a vacation to Sri Lanka and Bangkok so I’m terribly missing her and simultaneously wishing her a safe yet awesome trip !

So, in reference to the  post title “ Night of the While” one thing I Love is colour parties – yes sometimes I don’t Exactly Dress up according to the code they’ve set but It’s always nice to see everyone wearing one colour at the same event !

My good Friend Keegan’s 21st was set as an All white Party !  Mel and I, fashionably late … as usual, and also delayed by a few things had quite an awesome night… in White –

Check out our video from the night ! ha-ha

xxxx Much Love, Yours Truly

So it’s that busy time of year again – it’s all rush-rush, running around buying shoes and accessories for the looks, doing alterations, castings and fittings for the fashion show !

All the hard work has paid off and now it’s SHOWTIMEE !!!

Would love you all to be in the audience watching my collection come to life on the runway both knitwear and men’s and women’s collection.

Tickets are $30 and can be purchased at Raffles College of Design and commerce – located on 99 mount street, north Sydney – ph. :9922 4278 . Link to location for tickets is here.

A Warm Welcome from Yours Truly 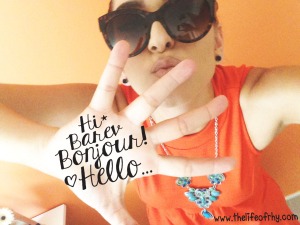 Hi There ! I'd officially like to extend a friendly welcome to you from The Life of Rhy !! This blog was created so that I could share with you my fashion and my life - my loves, my hates, and my wants. Everything from the greatest moments as well as the worst -The Emotional aspects and career driven adventures. This is my Journey Versing the world and I'd just love for you to be apart of it xxxx Much Love, Yours Truly, Rhaya Ratavosi